A meeting will be held at Sydenham Library, 7pm on Tuesday 27 November 2018.

All Fairlawn Park residents & neighbours of Our Lady and St Philip Neri School, SE26;
Come and get updates on the redevelopment, and find out about Lewisham’s response to its planning breaches. We can choose questions to ask the Mayor about the Monstrosity at the Sydenham Assembly on 1 December. 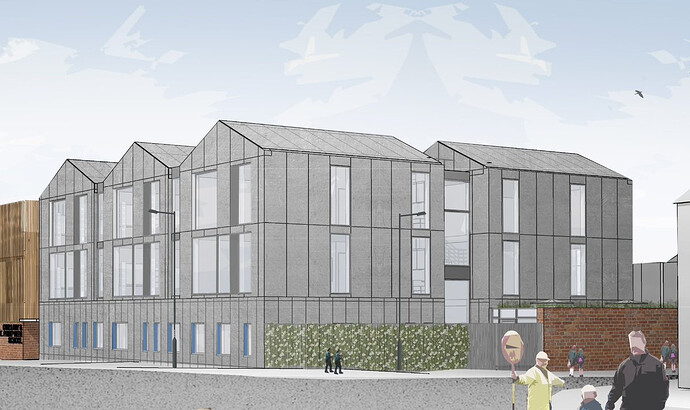 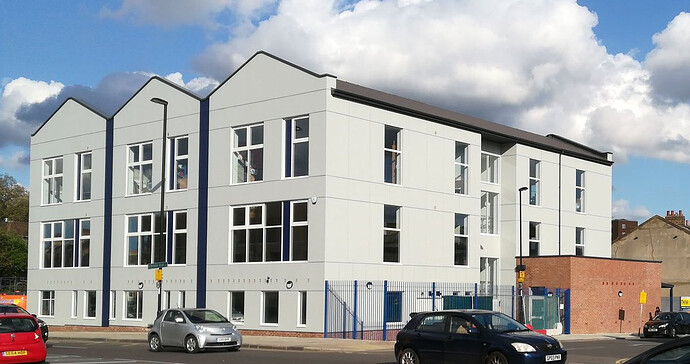 Planning permission (DC/16/096041) was granted in October 2016 for the demolition of the existing buildings at Our Lady and St Philip Neri Primary School, 208 Sydenham Road and the construction of a three storey school building to enable the amalgamation of the Infant and Junior Schools. The scheme included a nursery, a multi-function sports court and a running track, a new formal pedestrian access from Home Park. The main school building, incorporating classrooms, has been completed and is occupied. The second element of construction, comprising the school hall and rooftop sports court, are at an advanced stage of construction but not yet complete.

The Breaches of Planning Control

An increased building height of circa 1m

Louvres removed from the windows

The fenestration pattern has been amended

Roof Profile (horizontal separation between each pitch) has not been implemented

Guttering/ drainpipes made prominent whereas they should be hidden

Dark colour panels have been added to the window design

The entrance arrangement and access to the nursery has been amended

The nursery height has increased from the approved height of 3.5m to 4.2m.

Additionally, some of the conditions attached to the planning permission have not been complied with. One of these conditions is Condition 18, relating to improvement works to Home Park to facilitate the new school entrance. The details were approved by Committee in September 2017, but the works have not been implemented prior to occupation of the building, as required by the condition.

Ongoing dialogue with the developers

The Council’s Planning, Enforcement and Design officers have been in discussions with the contractor, Darwin Group (previously Built OffSite) and their consultant team. This has included three meetings between May and October conducted through the Council’s (paid) pre-application service.

Although pre-application discussions are treated confidentially, it is possible to give an overview. As a result of this process, the contractor has employed an architect to review the scheme as built and to suggest alterations which would either bring it in line with the planning permission approved in October 2016 or deliver an equally acceptable scheme. Positive progress has been made, with the result that officers consider that it would be appropriate for an application to be made. The planning system allows for any number of applications to be submitted for a site and retrospective applications are an accepted method of resolving enforcement issues.

The application would be a major application subject to full public consultation, including neighbour letters, press advert and notification of statutory consultees and amenity groups. It would have a 13 week target determination and it is anticipated that, having regard to the level of public interest, it would be determined by Planning Committee. The contractor was invited at the beginning of November to submit an application. At the present time, the timescale for submission has not been provided by the contractor.

There is also a live full application (DC/18/106813) in respect of boundary treatment (3m in height) at the site. Two objections have been received to date. Officers are currently considering this case and have requested further information from the applicant before it is determined.

It is acknowledged that concerns were raised by local residents at the Sydenham Assembly on the 13 June and where the Head, Matthew Ringham, stated it was a matter for the Diocese to resolve.

Julia Webb has subsequently campaigned on this and attended a meeting with Councillors and the Sydenham Society on 15 October 2018 to discuss the situation. This matter is being taken seriously, Councillors and officers.

It is further acknowledged that the public meeting this evening and the meeting with the mayor on Saturday are evidence of the fact that Julia and the Sydenham Society as well as Sydenham Councillors are alive to this ongoing situation and we are working hard with the Diocese and the contractors to resolve.

Recent communication from the Diocese

I met with the governors. They expressed their concerns. I have written to them this afternoon indicating where I am able to make responses to those concerns.

We have appointed a range of professionals to ensure that the builders are constrained to submit an appropriate planning application against Suzanne White’s letter of 1st November. The team will oversee the completion of the project.

I have agreed that the governors should be party to the proposed plans for rectification, before they are submitted. I am aware that they need confidence in the final completed building and I am keen that they are assured of its worthiness. The team will meet with them to share the proposals.

The planning authority continues to monitor this important matter from two standpoints. The development management team is in dialogue with the contractors, regarding the submission of the fresh application. The enforcement team remains ready to serve an enforcement notice in the event of either a failure to submit a planning Application or the submission of a fresh planning application is unreasonably delayed. 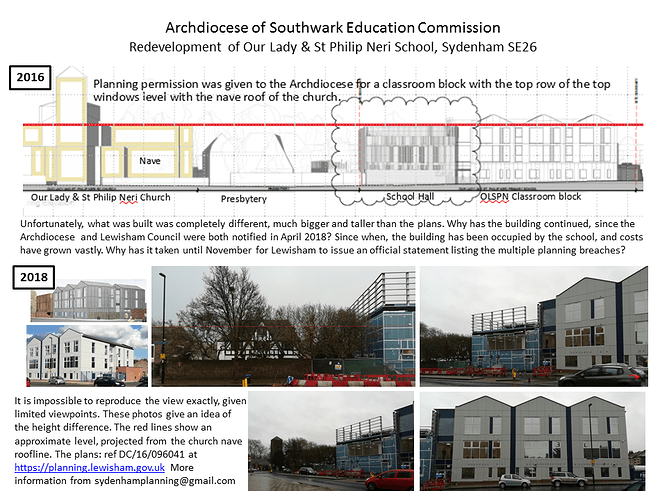