SydSoc:
A public meeting about the new St Philip Neri school development was held at Sydenham Library on Thursday 19 July. Just over 50 local people attended with six others who were unable to attend sending written questions. The meeting was chaired by local councillor Tom Copley and attended by Viv Evans, Lewisham’s interim Head of Planning. There were no representatives from the diocese of Southwark and the head teacher sent his apologies. A member of the board of governors was present.

Since the meeting Lewisham has carried out a first survey of what’s been built and compared this to what was given planning permission. You can read the report which points out some blatant disregard of planning permissions below.

A further public meeting will be held in the Autumn. 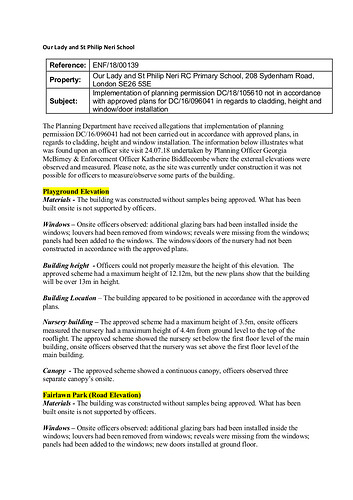 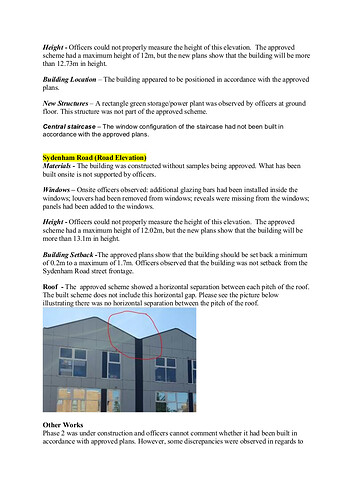