Lewisham East Hustings event shut down due to hard-leftist disruption 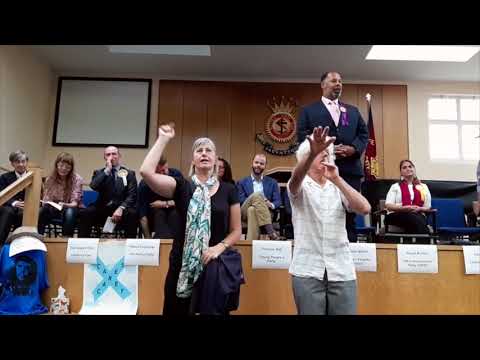 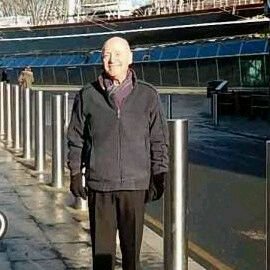 @davidkurten @UKIP A great advertisement for diversity, tolerance and freedom of speech in Lewisham. I don't support UKIP, but Kurten is not racist and has the right to be heard.

Here’s a bit more about @DavidKurtenAM, whose speech was cut short by the protesters (before the police shut the whole event down due to the mob outside) 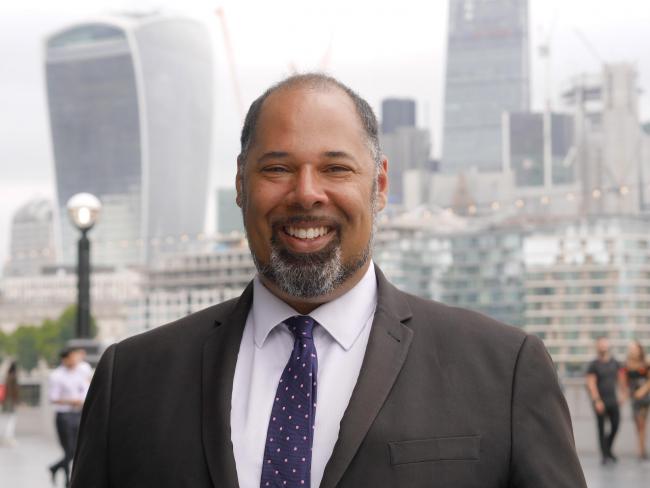 In 2014, immediately before entering politics, I visited over 100 schools in 15 countries performing Chemistry lectures and demonstrations to enthuse young people to study and engage with Science on the ‘Einstein on the Road’ Tour sponsored by EF Academy.

The biggest audience of the Einstein on the Road tour was in NurOrda School, Astana, Kazakhstan with over 350 students in attendance.

I am not a UKIP voter but I cannot bear to see this gentleman get treated so appallingly by the hypocrites of the hard left.

For some balance:
The group that disrupted the hustlings is called “Stand Up to Racism”, not ‘Hard Left mob’.

They disrupted it due to MP candidate Anne Marie Waters from a small party called ‘For Britain’. She helped set up the UK branch of the anti-Islam group Pegida with Tommy Robinson and spoke at the “Free Tommy Robinson” march on Saturday in central London. She advocates the reduction of Muslim birthrates, stopping Muslim immigration and accusing the EU of conspiring to turn Europe into an Islamic state. Pegida s a German nationalist anti-Islam political movement.

The group who disrupted the huslings were there because of her. Not David Kurten, which the post seems to suggest. David Kurten holds views, such as gay people are more likely to be abused as children and he opposes same sex marriage. Kurten’s campaign chief is Alan Craig, who believes that being gay is a choice and has ties to gay cure therapy.

But Kurten does have pretty good links to education as he was a science teacher. Although he follows Breitbart and Trumps line on Climate change and has views I find troubling for someone who is an environment spokesperson.

It’s a shame he wasn’t questioned on those views as they, like Trump and his ilk, are now playing the victim and the anti racism protesters have played into their hands

As a point of note, “Stand Up To Racism” has been identified by commentators on both the Right and Left as a front organisation for the Socialist Workers Party. This is an extreme hard-left party with a very bad record - so much so that Labour treats it as a proscribed organisation.

In my opinion it should be for members of the public to decide who they want to listen to before an election vote.

It shouldn’t be leftist activists that decide who gets to speak and who doesn’t.

At NO POINT did your post say anything about far right candidate Anne Marie Waters, which is what the protest was about. You painted someone from UKIP as the victim and even posted information painting him as a victim and a bit of a saint. The wider picture isn’t so clear.

But your post was very one-sided. What you posted appears to be inaccurate as it suggests that the protests was initiated against the UKIP representative, which you then post defending him, which was very one-sided because you edited your post to only show one side of the story.

All the sources you posted are pretty far right. Have you sen these guys twitter feeds?

You are the admin of this forum, and as such I think should carry a burden of responsibility the be more balanced.

I hold no love for far left or right groups. I believe people should get to speak unless it’s designed to incite hate, and this goes both ways. I was merely addressing the balance missing in your original rather blinkered post.

I don’t disagree that Kurten should have been able to speak and be debated on some of his rather outdated, 1950’s views (in my opinion), although some of his ideas. I don’t think Anne Marie Waters should have been given the time of day personally, but a little light could have snuffed her political candle out. But these people know that they skirt the thin line between hate speach and the publicity they get from such protests as seen in Lewisham are what enables them to carry on, sadly. I think we would all like to see an end to all of societies ills, but protests like this are not the way to go about it.

At NO POINT did your post say anything about far right candidate Anne Marie Waters, which is what the protest was about.

Anne Marie Waters had already pulled out of the hustings due to the threat of violence from her political opposition.

The fact is (and it’s clear in the video), these activists targeted the speakers that attended the hustings, and in particular, David Kurten, whose speech was stormed. He was shouted down relentlessly by a lady that accused him of racism. And as I illustrated - whatever you feel about his views on homosexuality or abortion - he is not racist.

My principles are for free speech - and inline with running a forum like this, I firmly believe that all people should be allowed to express their opinions.

All are free to post factual local political information on this forum.

True, yes all should be free to voice their opinions as I’ve said. I’m only posting for more balance as your original view. Can’t you see that posting this by the forums creator it implies bias? Honestly?

Anne Marie Walkers pulled out of the event due to advice from police, she had intended to go but turned back at the last moment. The crowd were there for her, not for the representative from UKIP as you imply in your very skewed original post.

She got 1.2% at the election, not far off UKIP’s vote, which was also extremely low.

It was shut down by the police due to the crowd outside.

The fact is that you have posted the entire story from the point of view of UKIP. One person stood up (stupidly in my view, and I wouldn’t call that 'storming!) to disrupt Davids speech. Sadly no-one got to debate his outdated views in any depth and calling him racist was stupid. Outdated, bigoted, homophobic, anti-muslim yes. Racist, no.

One sided, knee jerk political posts like this could ruin this forum which hasn’t taken off, sadly. If you want to make these forums flourish, which I hope they do, I’d strongly suggest more balanced posts that create a question rather than writing an ad for Ukip.

How local is local? You have forums for se26 and se23. These Hustings don’t really concern either area do they?

I have a principled dislike of any activist group that would shut down a hustings through intimidation.

I do respect David Kurten despite not being a UKIP voter - I met him when he came to help local people protest to save trees on One Tree Hill in SE23. I have read about his work in science education around the world. I have watched one or two of his speeches as a member of the London Assembly.

He is completely within his rights to express concerns about Islam, which institutionalises far more extreme views about women and homosexuals than Christianity does (Christian views which you single out for criticism above when commenting on Kurten’s views). I am an atheist and I certainly don’t share Kurten’s social viewpoint. However, I fully support his right to express himself. It is not bigoted, racist or extreme to criticise a set of ideas (which is what Islam and Christianity are).