As reported by the Sydenham Society, all Overground train ticket offices are due to close within the next 18 months: 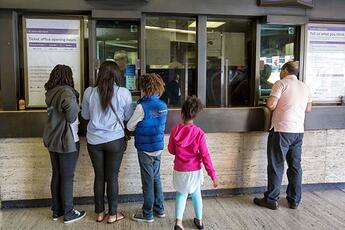 That’s the conclusion of a new consultation launched by Arriva Rail who run London Overground on behalf of TfL. Arriva describe the changes in their consultation letter as “journey modernisation” and a “planned improvement to customer experience”.