This new trail is to allow people who have already signed up, or intend to sign up for the BGNF, to discuss items on the agenda for 31st October. Issues with the draft forum boundary? Questions about the draft Constitution? Let us know your thoughts ASAP, and give everyone a chance to think about it before the meeting. 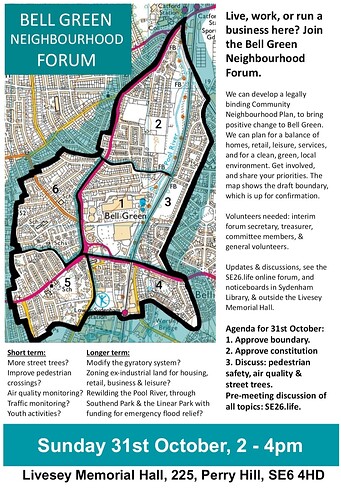 What is a Neighbourhood Area?

Please note the following is informal guidance; the Localism Act 2011 Neighbourhood Planning (General) Regulations 2012 should be referred to for full accurate details.

Publicising a designation of a neighbourhood area etc

As soon as possible after deciding to refuse to designate a neighbourhood area, a local planning authority must publish the following on their website, and in such other manner as they consider is likely to bring the refusal to the attention of people who live, work or carry on business in the neighbourhood area —

BELL GREEN NEIGHBOURHOOD FORUM
Draft Constitution, based on that of the Grove Park Neighbourhood Forum. 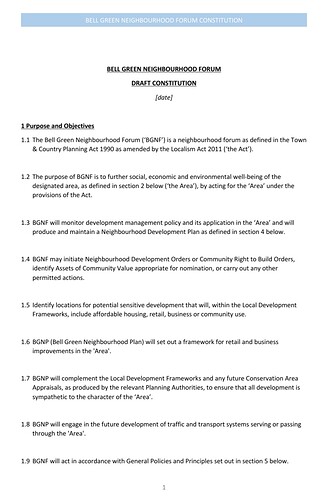 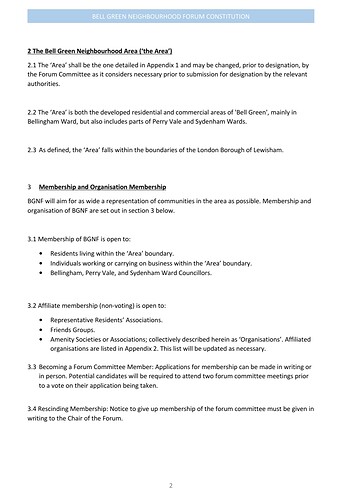 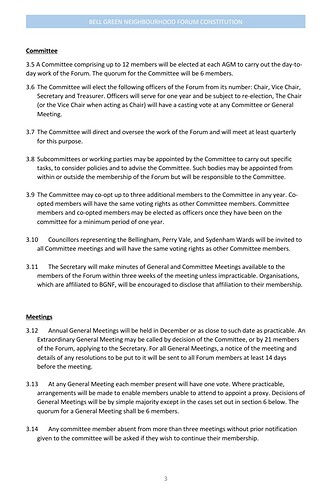 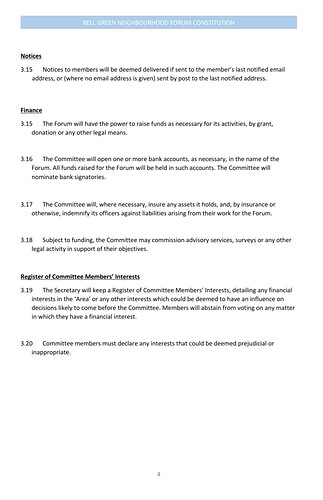 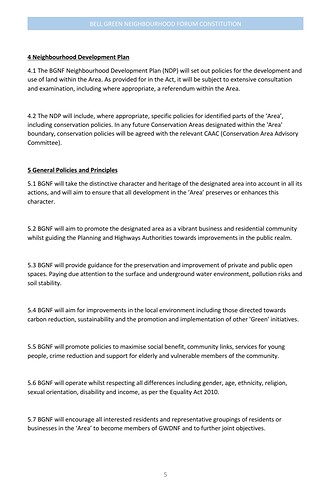 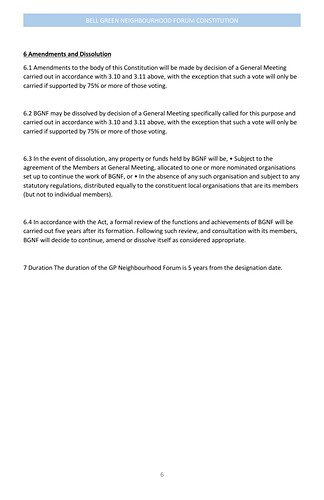 The Draft Boundaries.
Re-post of an item from March, outlining the thinking of the draft boundaries

"The Bell Green neighbourhood forum launch has been beset with people dragging their feet, so I thought I’d post my own draft boundaries. The decision to actually open the forum would be after a full democratic consultation, and all residents get a vote.

I’d really welcome a discussion about my suggested boundaries; which streets are affected by current and future developments at Bell Green?

For starters, my reasons for the suggested boundaries are:

Let’s start the discussion here, while we wait for the next meeting on Sunday 31 October.

LC explained concept of Neighbourhood Forum – the need for a committee of 21, and suggested it could tackle new green spaces, new road layouts, and housing, to champion it through council planning, Back to NF. How the NF system works. Concept of 15 min neighbourhood.

JW – Explained her criteria for drawing up the draft boundaries. We could access government funding for emergency flooding relief by planning to renaturalise the River Pool, which is the reason for including the whole of RP in plan. Sydenham Road from Kent House road to the gyratory system was formerly named Bell Green. Perry Rise has been overloaded as a major feeder road into Bell Green. The Moremead strip, zone 3, was included so we can improve the pedestrian and cycle crossings of the railway, without intruding into Bellingham estate. The six zones are purely administrative, and designed for organising communications, including leafleting. The draft boundaries can be revised if necessary.

RO – How much of each ward is involved? JW – 4 zones are all-Bellingham ward, two zones are mixed wards.

Q – We get to decide Forum boundaries, and we’re not obliged to follow ward boundaries? JW yes.

Q – Can’t see problem between union of Bellingham and Sydenham. LC – reiterated that the forum was for the Bell Green area, not for Bellingham Ward.

RO – There has already been discussion to create a starting point but absolutely nothing is set in stone – we can look at other options.

LC – Thinks whole of Bellingham is too big an area for a forum to cover.

Q There’s been a lack of information about the previous meeting. JW – Info on SE26.life [but apologies for lack of minutes, as this was overlooked. We desperately need help with secretarial tasks, and committee members.

LC – Asked for a show of hands on whether people would approve the existing map as a starting point – 16 for, 1 against.

Q - Are we starting again from Bell Green masterplan? LC – Essentially, but can use those as jumping off point. JW – Discourse Architecture generously did the proposals pro-bono.

JGD – Is deciding on the constitution at this point a wrong move? Concerned, and have spoken to local councillors.

LC – Legally, we need a constitution to get off the ground, so it’s necessary.

LC & JW – We urgently need volunteers for different roles–nominally, till Forum is set up formally, and an election is held in about six months time.

We need more leafleters; one coordinator and at least two helpers for EACH ZONE.

Next meeting, Sunday 31st October at 2 pm at the Livesey Memorial Hall.

Subject to approval on the 31st October, the intention is to hold meetings monthly, at 2pm on the last Sunday of the month – obviously, that doesn’t include December! Location will be the Livesey Memorial Hall. 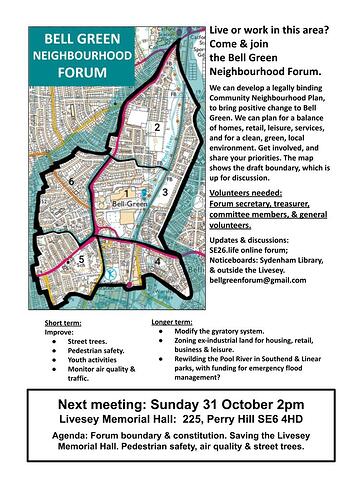 The next meeting of the BGNF will be on Saturday 27th November, 11am - 1pm at the Livesey. This will be our regular time and venue for meetings, which will be held on the last Saturday of every month.

In the New Year, meetings will recommence on 29th January 2022, followed by:

Please make lists of pedestrian issues you experience in the forum area, with particular focus on accessing the retail park, schools, and community services. In addition, Cllr Andre Bourne has just announced that Lewisham officers’ review of options for replacing/ reopening the Bridge will take a year to report. I have therefore invited him to join the meeting for a two-way discussion on the loss of local sports provision, both at the Bridge, and at the Livesey. I will keep members informed as to his response.

Please bring children to the meeting if you have difficulties with finding childcare. If they bring along paper and coloured pencils, they can draw us their ideas of what they’d like to see at Bell Green.

If you wish to actively participate in the meeting, and live in work in the forum area, please sign up for membership on arrival, if you haven’t already. Non members are welcome to audit forum meetings, but can’t speak (unless by invitation), or cast votes.

Looking forward to seeing you there,

Reminder that tomorrow, Saturday 27th November at the Livesey Memorial Hall
11am to 1pm, meeting of the BGNF.

Guided tour of the Livesey’s sports grounds, currently trashed courtesy of Kier. Please be aware that the ground is rough and uneven, so please wear suitable footwear. Hope to see lots of Forum area residents there. Please note that people from outside the forum area, (and those who don’t want to sign up for the forum) can sit in on the meeting, but not vote or actively participate in questions.