Here’s the latest on the proposed development of flats at the old primary school site on Mayow Road, DC/19/113252 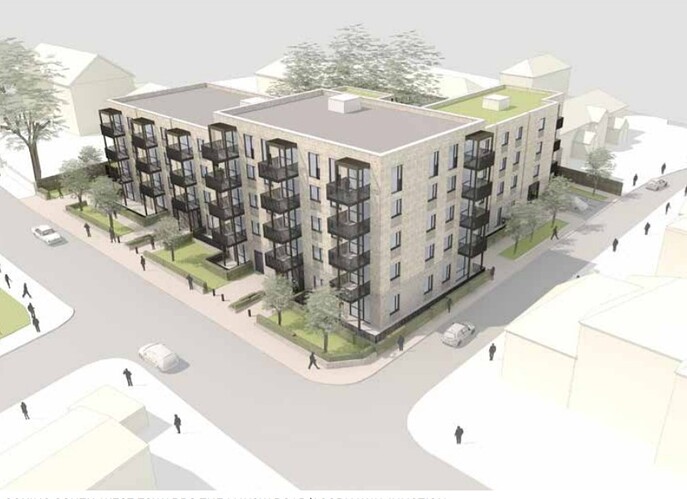 Plans to demolish an old primary school and build 59 flats are due to go to a Lewisham planning committee next week.

The proposals, which include play areas, 106 cycle, and two wheelchair accessible parking spaces, include 20 affordable apartments – 11 of which will go for London affordable rent and nine for shared ownership.

According to the developer: “Block A is entirely private in tenure, block B is entirely affordable rent and block C is a mixed tenure block comprising shared ownership and private units.”

At the time of writing there were 13 objections to the development, focused on the height of the building and potential increased parking pressure to neighbouring streets.

Residents were also concerned about loss of privacy and sunlight.

To change the use of the land from educational to residential there must be no demand for school spaces in the area or any other community need.

According to planning documents: “Officers have held internal discussions with the council’s education and culture and community development teams regarding the proposed change of use of the application site.

“Education have confirmed there is no demand for further education use on the site, considering the amalgamation of St Philip Neri on the Sydenham Road site.

“In regard to the second test, officers have assessed whether there is any other form of social infrastructure that could be accommodated within the site, and concluded that community space is not required, while a health centre is already located at Holmshaw Close in nearby Bell Green.”

Planning officers added that there is a “pressing need” for more homes in London.

“Given the prevailing residential character of the area, wholly residential use upon this site is considered appropriate, subject to an appropriately designed scheme,” they added.

Councillors are due to decide on the proposals at a planning committee meeting on Thursday, November 28.