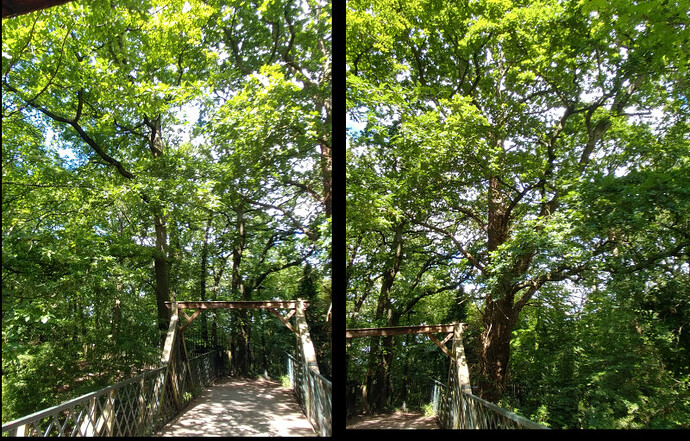 **We are in discussions with the Council. Please scroll down to the bottom of this page for the latest updates. Last updated 29 October 2020** These two, hundred-year old oak trees stand on each side of the west end of Cox's Walk Footbridge,...

Why is this important?

These two, hundred-year old oak trees stand on each side of the west end of Cox’s Walk Footbridge, Sydenham Hill Woods. They are like sentinels, welcoming and guarding the bridge, and their magnificent canopy dapples the bridge in green shade. But these trees are due to be felled this autumn, just to make life easy for Southwark Council when they carry out repairs to the footbridge. That would be a loss of hundreds of years of life for these beautiful, healthy oaks and the life they support. 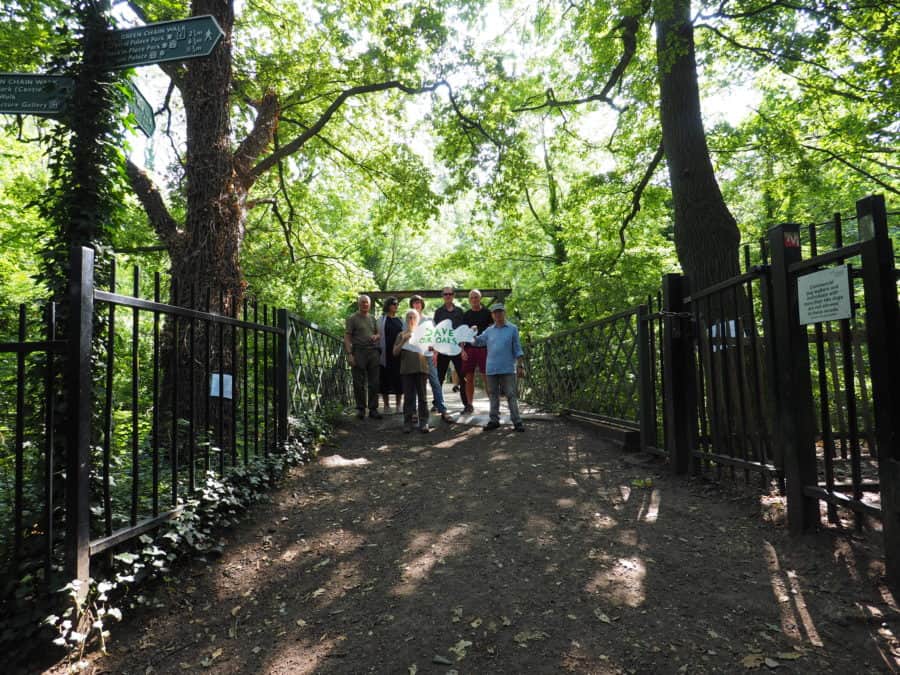 Despite nearly 2,000 people signing the Save the Footbridge Oaks petition, Southwark are likely to going ahead.

The trees could be cut down any time from Saturday 2nd November. Southwark has refused to hold a public consultation and held all discussions behind closed doors. 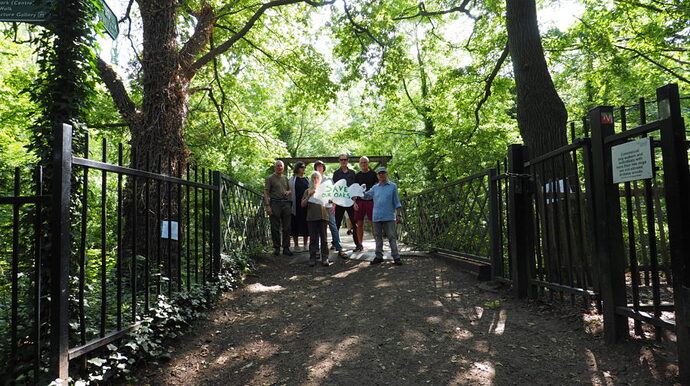 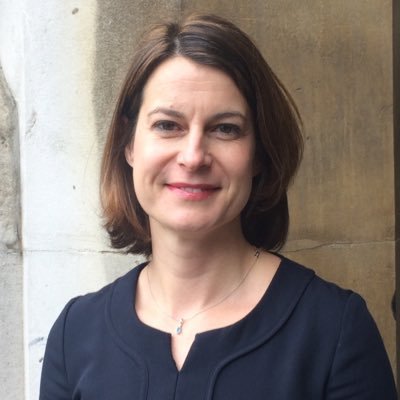 Pleased to say that following further discussion and representations from me, @CatherineRose6 & @AndySimmons10 Southwark Council has agreed to halt the decision to fell two oak trees in Sydenham Hill Woods so that further options can be explored & community engagement take place

Marvellous effort by campaigners. Their crowdfunder is 90% funded, proposing an alternative approach that saves the bridge and trees : 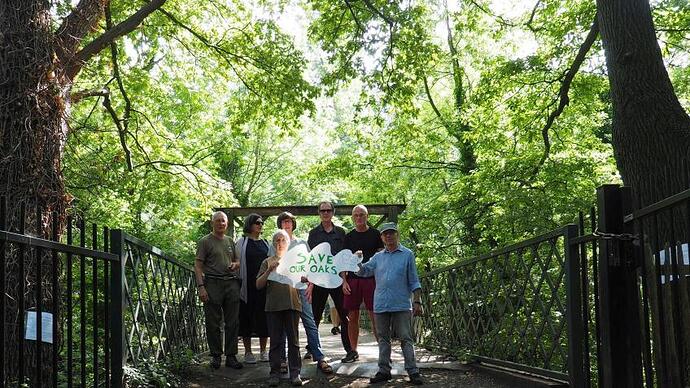 Save the Footbridge Oaks Campaign

We are campaigning to save two mature, healthy oaks by providing an alternative solution that retains the trees and repairs the bridge. 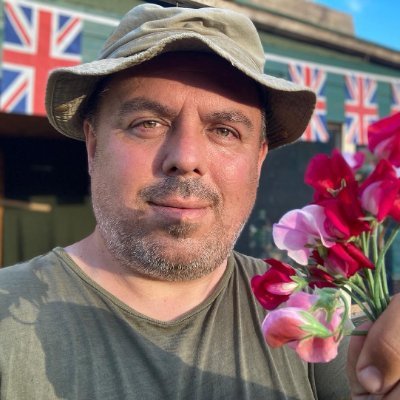 @seanjcameronuk
Check out this video where I end up walking through#SydenhamWoods in#London, bumping into@SaveOaks and discover their fight to save two very large oak trees within the woods, they only have 1 week to save the oaks! youtube.com/watch?v=wPk9cj… 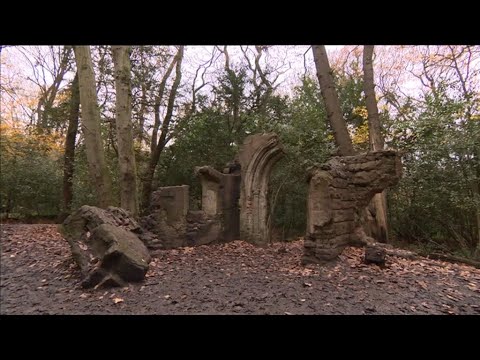 Grainne Cuff has a good writeup of the history and current events around in News Shopper yesterday. There is also a small photo gallery of the area and camp: 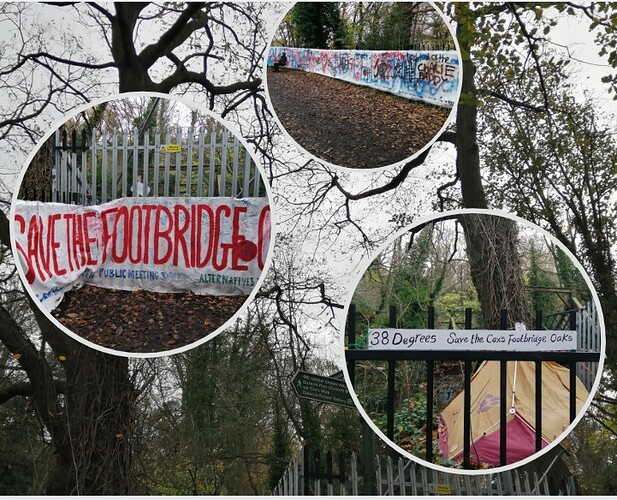 Campaigners are guarding two healthy oak trees 24 hours a day in a bid to stop Southwark Council from chopping them down.

Campaigners are guarding two healthy oak trees 24 hours a day in a bid to stop Southwark Council from chopping them down.

The trees in Sydenham Hill Wood in Dulwich, thought to be 155 and 115 years old, sit on either side of the western end of a footbridge on Cox’s Walk – the council says they must be felled so the bridge can be repaired.

But campaigners, who have been guarding the trees for a week and have racked up more than 5,000 signatures on their petition to save them, say it is “not inevitable” that the oaks can’t be saved and felling them is an “active choice” by the council.

As of writing, the petition stands at 5,215 signatures. 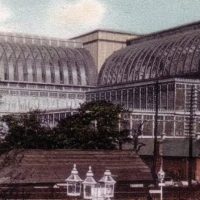 “Between the beginning of November and now, nearly 3,500 more people have signed our petition (current total 6,355).  “Most of these are people who were in the woods but knew nothing ab… 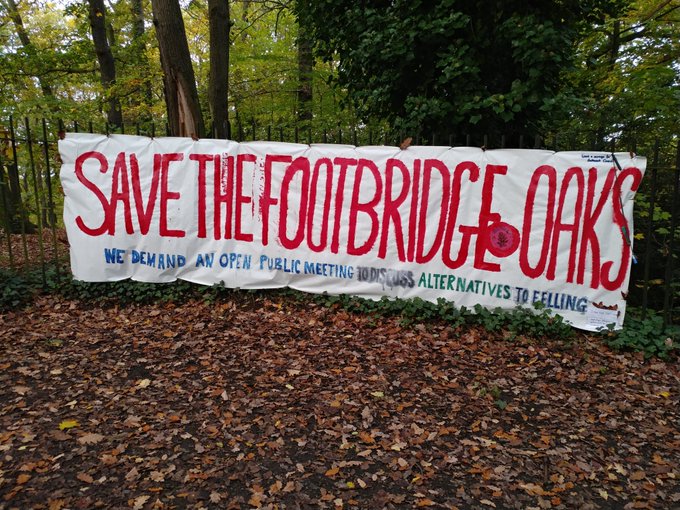 Activist Susan Haseldine led a group of volunteers who kept watch over the trees, 24 hours a day, from November 14, refusing to make way for the chainsaws.

A High Court injunction to remove protestors guarding two trees in Sydenham Hill Wood from being chopped down was rejected by a judge last week.

The injunction, submitted by Southwark Council, was thrown out by Justice Cutts last week, just before planning permission for felling expired on Thursday, December 3. The decision leaves the council’s hands tied until new planning applications are submitted and approved but does not guarantee the oaks’ future in the long term.

Activist Susan Haseldine led a group of volunteers who kept watch over the trees, 24 hours a day, from November 14, refusing to make way for the chainsaws.

The bottom of Cox’s Walk has been padlocked and fences have been closed all around the bottom entrance. Really not called for.

Grainne Cuffe reports for News Shopper on something of a victory for the campaigners: 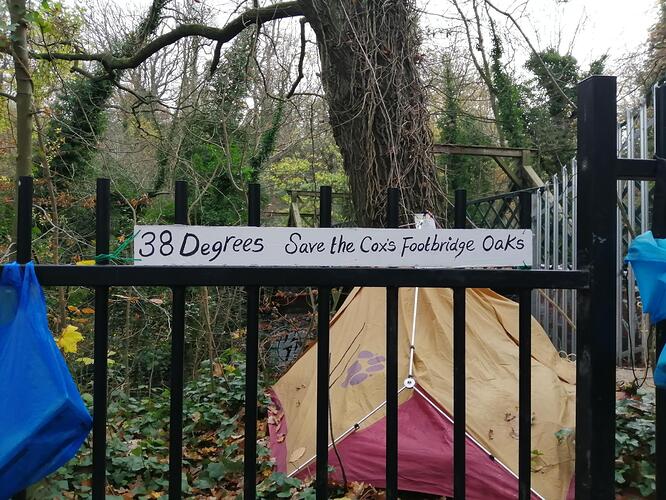 Campaigners are celebrating after Southwark Council’s plan to cut down two healthy oak trees was rejected by officers.

Campaigners are celebrating after Southwark Council’s plan to cut down two healthy oak trees was rejected by officers.

Officers also advised the council to put a provisional tree preservation order (TPO), which came into effect on January 19, in place for six months.

The trees in Sydenham Hill Wood in Dulwich, thought to be 155 and 115 years old, sit on either side of the western end of a footbridge on Cox’s Walk – the council said they must be felled so the bridge can be repaired.

Southwark set a date for the trees to be cut down in November as its two-year felling order was due to expire the following month.

But before the council could do so campaigners set up camp by the trees, guarding them day and night.
…
After the council was stopped from felling the trees, it applied for an interim injunction from the High Court, which would have made the campaigners’ protest illegal.

But Mrs Justice Cutts rejected the application on December 1.

After the council’s felling order expired in December, it submitted another in its place.

But after evaluating the application, which received 177 objections and three comments of support, officers told the council they did not recommend that the works take place.

The TPO notice, signed by the director of planning, states: “The council has made the order because the woodland makes a positive contribution to the local environment as assessed by a tree evaluation method for preservation orders (TEMPO) evaluation.

“It will continue in force on this basis for a further 6 months or until the order is confirmed by the council, whichever first occurs.

“The council will consider whether the order should be confirmed, that is to say, whether it should take effect permanently.

See the full article for more details, but this looks like something to celebrate.