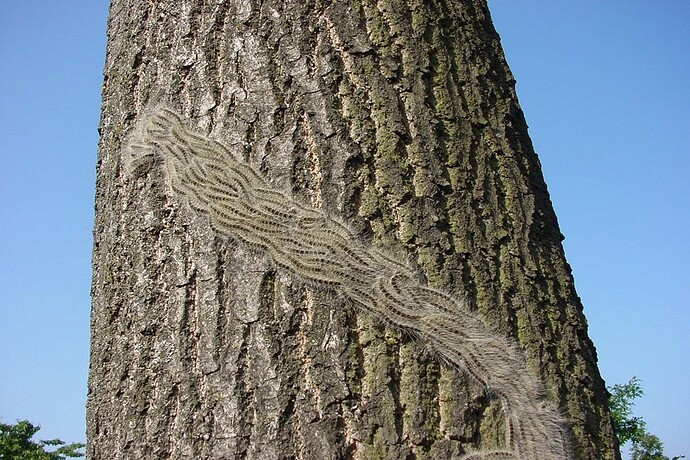 People in London and the South East of England urged to report sightings of Oak Processionary Moth (OPM) caterpillars.

The oak processionary (Thaumetopoea processionea) is a moth whose caterpillars can be found in oak forests, where they feed on oak leaves, causing significant damage. They travel in nose-to-tail processions (hence their name), often arrow-headed, with a leader followed by rows of several caterpillars abreast. They are a human irritant because of their venomous setae (hairs), which can cause skin irritation and asthma. The species was first described by Carl Linnaeus in his 1758 10th edition of

can cause skin irritation and asthma