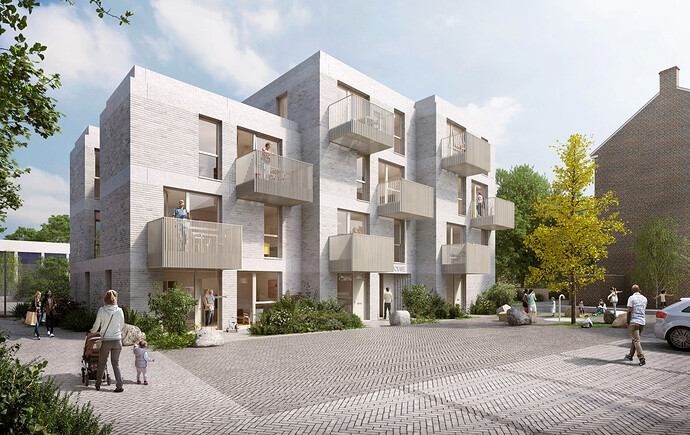 Genuinely affordable Community Land Trust granted in Sydenham after a...

Lewisham Citizens and London Community Land Trust (London CLT) are celebrating today after their planning application for 11 genuinely affordable homes in Brasted Close has been approved. 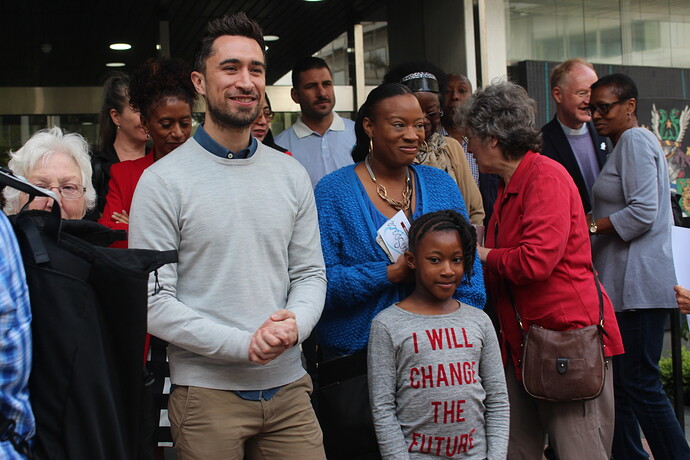 All 11 homes, built on the site of some old garages in the Brasted close, will be genuinely and permanently affordable, sold at a price linked to average local incomes. The announcement follows a long campaign by local alliance Lewisham Citizens, part of community organising charity Citizens UK.

Following a listening campaign in the area in 2014, members of Lewisham Citizens chose to campaign for a Community Land Trusts after hearing hundreds of stories of local people having to choose between living in insecure and inadequate housing, or leave the area and leave behind families, work and communities.

Nano McCaughan, from St William of York Church, and leader with Lewisham Citizens, said : “I hope this is the beginning of helping the Council to provide more affordable homes in our borough, using the Community Land Trust model" .

Janet Emmanuel, cochair of Lewisham Citizens CLT and deputy head Sydenham School, said: “It started with a Lewisham Citizens listening campaign where we discovered that affordable housing was the key issue. We then searched for empty sites, built relationships with local residents, organised our institutions to lobby the council. Once we had a site we worked with local residents to choose the architects and design the homes. I feel proud that this was genuine community engagement. We showed what we as a community are capable of when we truly work together.”

Lewisham Citizens is made up of twelve local institutions, including: St William of York Catholic Church, Sydenham School, Lewisham Islamic Centre, RUSS, and St Andrew’s URC. The group is part of community organising charity Citizens UK, which is working with 250 institutions in London to tackle the problem of unaffordable housing. London CLT has been working with Citizens UK in five boroughs in London to ensure many more CLTs are built across the capital.

The price of homes in Brasted Close will be based on the principle that no one should spend more than a third of their income on their home, which means the homes cost less than half the price of similar homes on the open market. Residents sign a contract promising to sell on the home at a price linked to incomes in the area, so CLT homes remain affordable not just for the first residents, but for future generations.

Building is due to start in summer 2019. Homes will be allocated to local people in housing need.

Calum Green, Co-Director of London Community Land Trust, said: “This is a great example of how communities can get together to build the affordable homes our city needs. It also shows that involving people in design almost always leads to a more thoughtful, considered building. I am proud to be part of the team that has got it this far; we are looking forward to getting on site in the coming months and moving residents in next year!”

Design of the homes was led by local people, with architect, Archio, chosen by public vote at a Pick the Architect’ event in 2016. Lewisham Citizens is now working with the council for more affordable housing, following a commitment from Mayor Damian Egan for a further 200 CLT homes in the borough.

Cllr Paul Bell cabinet member for housing at Lewisham Council, said: “It is a pleasure to see that all the hard work has led to planning permission being achieved for the Community Land trust at Brasted Close. Lewisham is committed to genuinely affordable homes for all. This is an exciting project led by our local community for the community.”

Mellis Hayward, Director of Archio, said: “We are delighted to have received planning approval for this extremely important project. London CLT homes demonstrate an incredible opportunity to create genuinely affordable homes on the kind of forgotten garage sites, which we see all over London. Our architectural proposals emerged from a collaborative design process with the residents and the council, and we are grateful for the 107 letters of support which the application received from local residents.”

Local resident Katy Milner, part of the project’s steering group, said: “As a resident of Brasted Close, it has been great to be involved the design process. Affordable housing is desperately needed in London and I hope this will lead to many more community land trust sites.”

This means building work should start in the next few months, and the homes will be ready to be moved into by next year. This has been five years of campaigning by so many people and institutions in Lewisham Citizens. Together with our friends at RUSS, we are now one of two CLT projects with planning permission in Lewisham.

Now we need your help to decide who gets the homes? We are now deciding how we allocate the homes - e.g. do people from Sydenham get priority over elsewhere in the borough? How do we define housing need? Please join in by filling out this short survey: https://www.surveymonkey.co.uk/r/YCYQQCX

Feel free to share with friends and neighours, or online if you are part of Lewisham-based Facebook groups or online forums.

We hope to open allocations before the end of 2019, and will be emailing all the members of London CLT living in Lewisham when this happens.

More information about the project here, and how to join as a member for £1.22, here - https://www.londonclt.org/lewisham

Thank you for sharing, @Lianna. Wonderful that the community gets a say in this project. Very unique, and welcome.