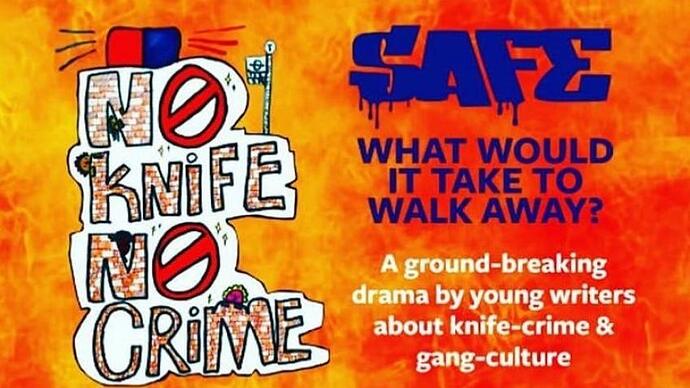 To help young people create an original theatre show, exploring the impact of knife crime on their lives and offering positive alternatives

An original, innovative and groundbreaking piece of theatre will be created by young people and aimed at a young audience next May 2019. The project’s delivery will mark the 5th anniversary of the tragic, fatal stabbing of James Ross Hunter in Wells Park Road, and will take place at both TNG Youth Centre and Upstairs at the Sydenham Centre. Initially the project will invite young people, especially those who knew James and/or his contemporaries, to generate ideas for a live performance event. Under the guidance of experienced mentors, short scripts will be developed, and workshopped with professional actors. Instigated by visionary community leader Collet Hunter, working closely with local theatre producer Jonathan Kaufman, the project will culminate in a series of free performances for a young audience and their families at two venues in Sydenham. The vision of the project is to offer positive alternatives to gang culture, knife crime and antisocial behaviour, exploring the life and legacy of James Ross Hunter, telling his and others’ stories, interweaving a variety of performance styles (eg. spoken word, drama, music, dance, rap etc) to create a piece of powerful theatre that challenges expectations, through strong imagery and language, but that is ultimately life affirming and offers hope to young people for the future.

Initially the project will invite young people, especially those who knew James and/or his contemporaries, to generate ideas for a live performance event.

It’s a very powerful catalyst to action, to have a tragedy happen to someone you know.

Apologies for a ramble here, but…

One of my school friends tragically lost their life in a car accident at the age of 15. They would still be alive had they simply fastened their seatbelt.

A few of us felt strongly about it. We couldn’t let this happen to other people. We did a “circuit” of ten minute presentations in neighbouring schools, supported by our headmistress. The message really got through to the children we spoke to. It’s so powerful when you have genuine emotion behind your words. Some people in the audience broke down in tears because they could see how much the death of a friend had affected us. I think we changed a lot of minds about something simple (seat belts)

Similarly I think the above project around knife crime could have a massive impact too, because children will be the leading lights in the project and they will be speaking from the heart, which will reach other children directly.