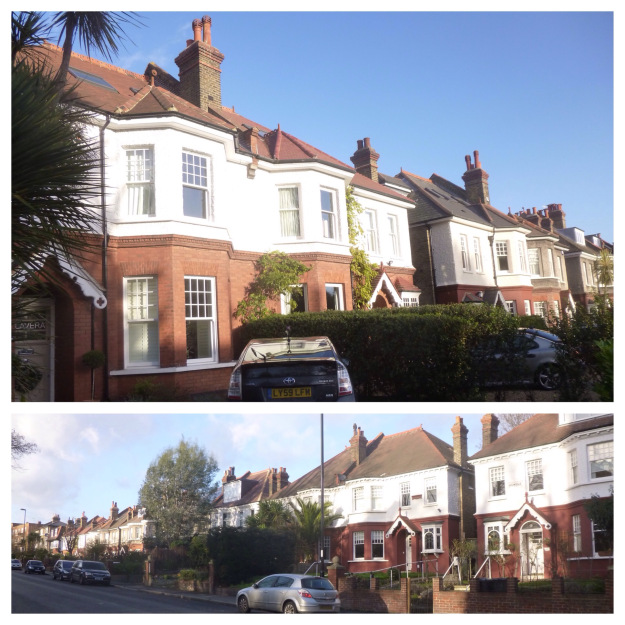 [Original Article] by Running Past

When thinking of Christmas houses, thoughts perhaps turn to those of the gingerbread variety or maybe the building ‘bling’ of Christmas lights. However, in Forest Hill and Sydenham it is the work of a relatively prolific local builder E.C. Christmas who built a large number of Arts and Crafts influenced homes from around 1901 until the 1930s.

Several are ‘listed’ locally with Lewisham Council citing the ‘very good attention to detail and are of high design and build quality.’

When they were being built the potential buyers were able to add their own touches including slight changes to layouts, different floor finishes and even inglenook fireplaces. One on sale in mid December 2014 was described as having

48 – 56 Lawrie Park Gardens are locally listed and were built between 1929 and 1931 and are substantial double fronted houses with integral garages and canopies with decorative wrought iron brackets. 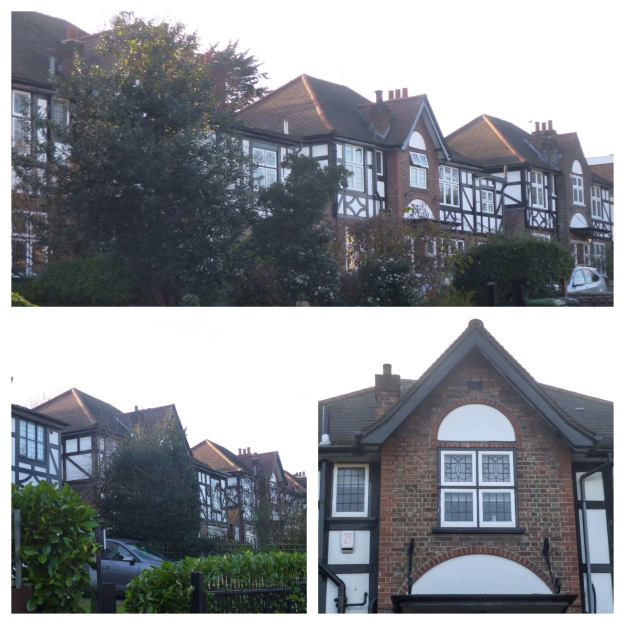 2-10 Round Hill were built between 1927 and 1928 and are on a less grand scale – simple bay fronted terraces with leaded windows. The canopies above the front doors are similar to those at Lawrie Park Gardens. The first occupant of number 2 was Ted Christmas’ son, another Edward. 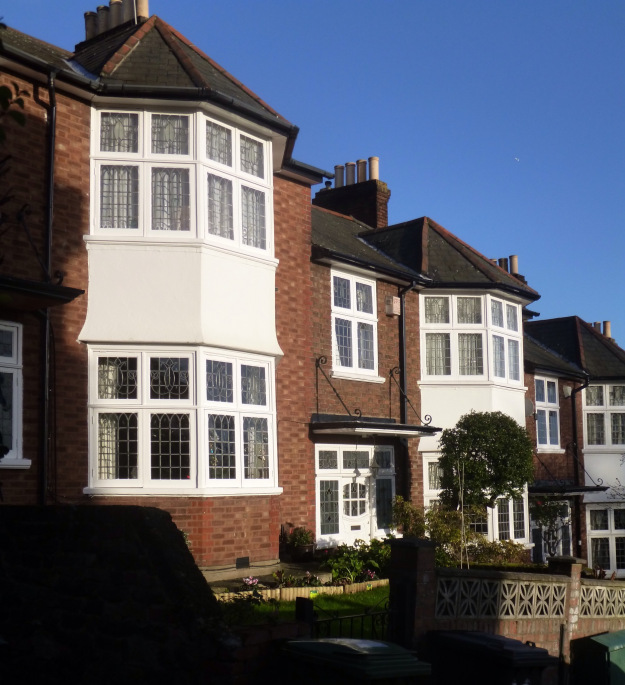 His best known homes though are probably some of his earliest ones on Perry Vale, the first five (108-116) were completed in 1901 and given names whose initials spelled out ‘Laura’ – his wife’s name. A couple of years later the initial letter of the names 131-153 included spelled out ‘Ted Christmas.’

Like other builders of the era the firm built homes to rent as well as sell – one of the former group was Park Mansions in Sydenham Park – three bedroom flats, with drawing room, dining room, kitchen, scullery, bathroom, Venetian blinds and cycle shed were to rent from between £52 and £70 a year(1).

E C Christmas also he acted as an estate agent for his own homes as well as others – there were several examples of the firm letting neighbouring shop fronts on Dartmouth Road, such as this one in 1899 (2)

While most of the other advertising for new homes of the era seemed fairly matter of fact in terms of descriptions, E C Christmas played on aspirations, such as when the Dartmouth Park estate was nearing completion (3).

So who was Ted Christmas? He was born in 1867 to Edward and Elizabeth Christmas who lived at the Stables on Queens Road, Forest Hill (now Taymount Rise) his father was a gardener in the 1881 census. By that stage, Ted was already working as a carpenters apprentice.

By 1893 he was at 55 Dartmouth Road ‘commodious premises’ with ‘excellent workshops’ – he was considered a specialist in ‘artistic joinery’ (4) who worked in shop-fitting, plumbing, ‘electric bell hanging’, burglar alarms, Roman mosaics to name but a few trades listed in a local directory – which, oddly, pictured his yard, rather than his shop front. (5)

By the time the census enumerators called in 1901, Ted and his wife, Laura, who hailed from Portsmouth, were still at 55 (picture below (6)) and had four children; the burgeoning building business was doing well as they could afford a servant, child number five had arrived by the 1911 census. Ted moved to Lambeth, where he died in 1937.

In case you stumbled on this piece by mistake – here’s possibly more what you were expecting, from Pinewood Close in Shirley… 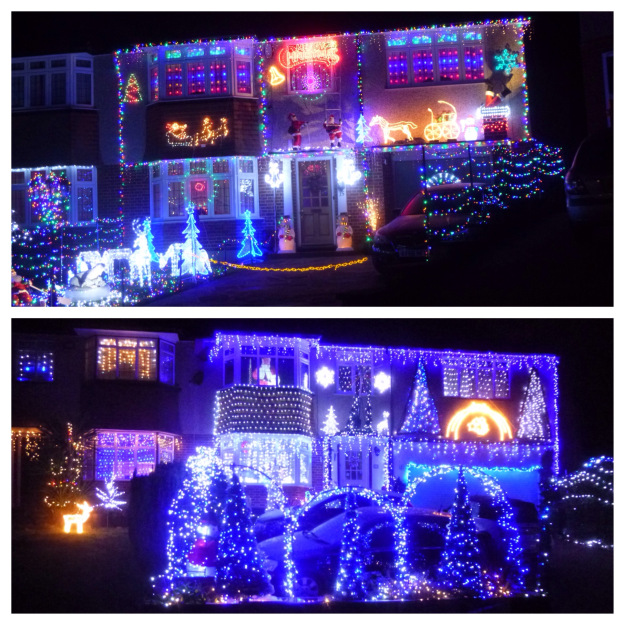 And to wrap it up, a rather impressive festive front door from Kellerton Road on the Hither Green/Lee borders… 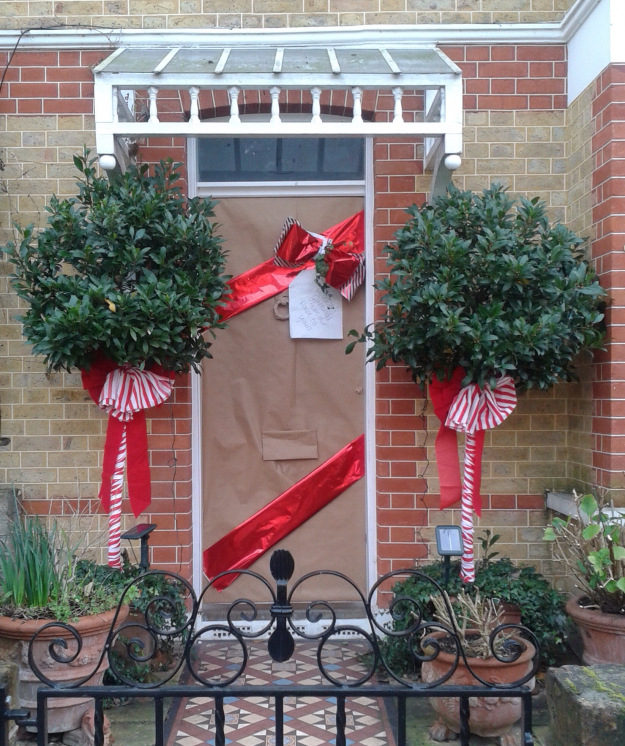 Census and related data from Find My Past.

And the conservation area that is close to approval: