Interesting local discoveries by Andrew Orford for those who are following Elon Musk’s “Hyperloop” developments:

I don’t necessarily share Elon’s opinions or visions, but the hyperloop-hoopla will accelerate interest in the history of pneumatic tube transport. My 5km trail includes the history of 3 different systems, Josiah Clark for instance lived on Sydenham Hill:

The Atmospheric railway at Forest Hill: 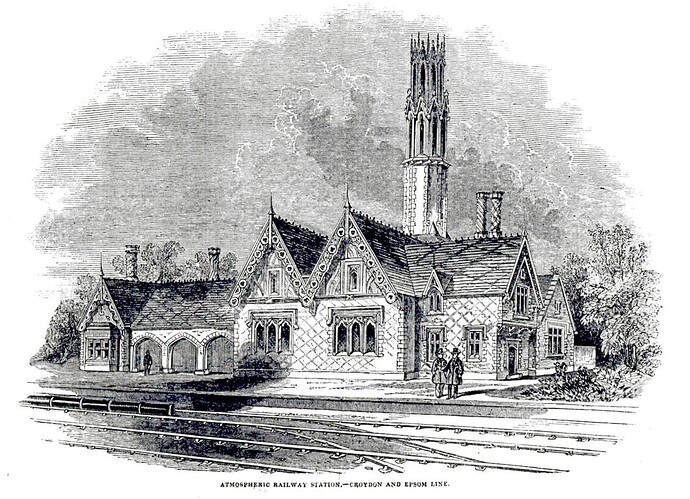 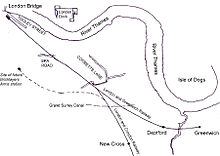 In 1844, the L&CR was given parliamentary authority to lay an additional line next to the existing track and test an atmospheric railway system. Pumping stations were built at Portland Road, Croydon and Dartmouth Arms, which created a vacuum in a pipe laid between the running rails. A free-running piston in the pipe was attached to the train through a slit sealed by a leather valve. The piston, and hence the train, was propelled towards the pumping station by atmospheric pressure. The pumping sta...

A new station was built at London Bridge for Croydon trains, on the north side of the L&GR one, with track shared as far as Corbetts Lane. There were six intermediate stations, at New Cross (now New Cross Gate), Dartmouth Arms (now Forest Hill), Sydenham, Penge, Anerley Bridge (now Anerley), and Jolly Sailor (replaced by Norwood Junction in 1859). The terminus was at London Road in Croydon. 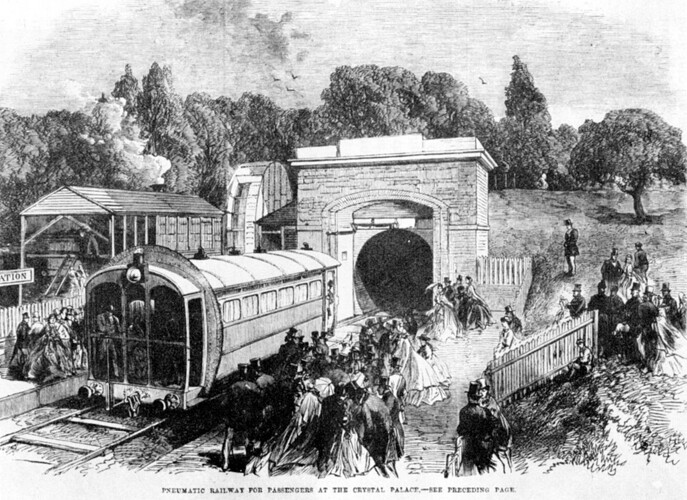 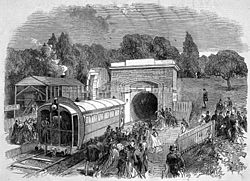 The Crystal Palace pneumatic railway was an experimental atmospheric railway that ran in Crystal Palace Park in south London in 1864. The railway was designed by Thomas Webster Rammell, who had previously built a pneumatic railway for the London Pneumatic Despatch Company to convey letters along tunnels in large vacuum-driven wagons. A similar principle was applied to this railway, where a carriage fitted with a large collar of bristles was sucked along an airtight tunnel that measured 10 by ... 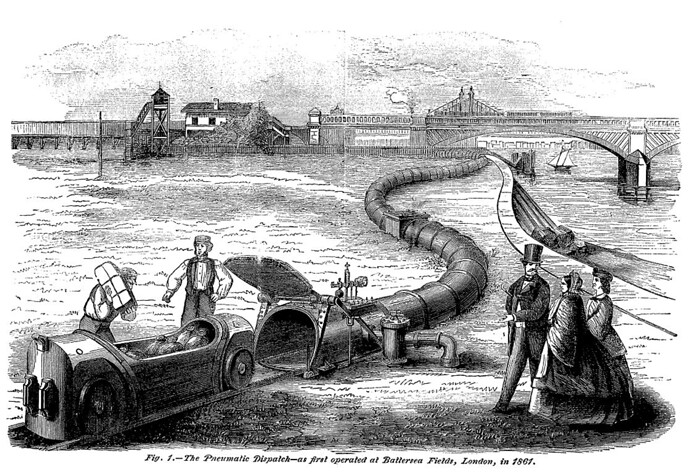 The London Pneumatic Despatch Company (also known as the London Pneumatic Dispatch Company) was formed on 30 June 1859, to design, build and operate an underground railway system for the carrying of mail, parcels and light freight between locations in London. The system was used between 1863 and 1874. Sir Rowland Hill of the General Post Office commissioned two engineers to investigate the feasibility of a pneumatic tube-based system between the General Post Office and the West District Centr...

The 3 differing systems of pneumatic transport, all precursors of the Hyperloop, and all proudly connected to the history of Forest Hill, Sydenham and Crystal Palace.

this is a wiki post that SE26.life members are encouraged to edit and improve